Did you know that part of Massachusetts’ renewable energy contracts include electricity generated from Canadian hydropower? This energy, sourced from megadams that violate indigenous rights, destroy ecosystems, and release greenhouse gases, would be brought from Quebec through a transmission corridor running through Maine, that would cut through hundreds of miles of carbon-capturing forests and the ancestral territories of indigenous communities.

This corridor, commonly known as the CMP corridor or New England Clean Energy Connect (NECEC), is not a climate justice solution and hydropower is not the clean energy that it has been marketed as. Learn more about this regional and international issue, and what you can do as New England residents to take action and stand up for climate justice by attending this educational event.

Speakers will include Carlton Richards, a youth from the Cree community of Pimicikamak, where hydropower development by Manitoba Hydro has destroyed over 50,000 square miles of rivers, streams, and forests; Lokotah Sanborn, a Penobscot artist and advocate dedicated to Indigenous liberation and empowerment, who is also a member of Sunlight Media Collective, Racial Equity and Justice, Needlepoint Sanctuary, and a founding member of Bomazeen Land Trust; Melissa Ferretti, Chairlady and President of the Herring Pond Wampanoag Tribe, that has called on Governor Baker of Massachusetts and Governor Mills of Maine to reject Canadian hydroelectricity imports and NECEC. 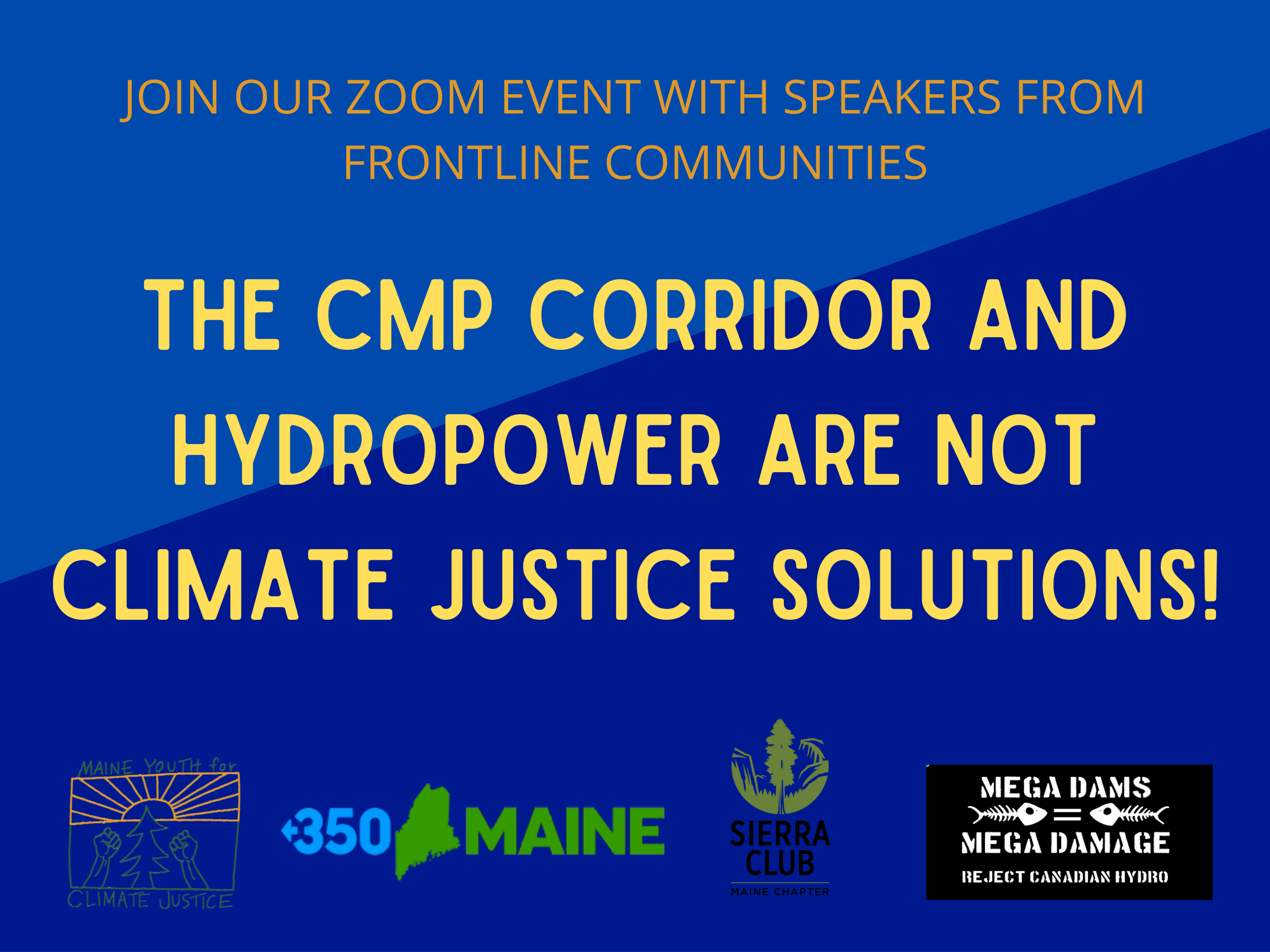